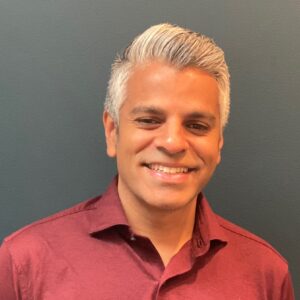 Anand Srinivas joined VMware via the Nyansa acquisition in February 2020. At VMware, he is in the Office of the CTO of the Service Provider Edge Business Unit, where he focuses on Edge technologies including Network analytics, SD-WAN, SASE, 5G and Edge computing.

Prior to joining VMware, Anand was the CTO and Co-Founder of Nyansa Inc., an IT analytics and operations company in Palo Alto, CA. At Nyansa, Anand ran product and technology and was a key driving force behind significantly advancing the state of the art of Network Analytics. Before that, he was the Lead Algorithms Architect at Plexxi Inc. (now part of HPE), responsible for core contributions to SDN system architecture, algorithms and protocol/API design. Earlier in his career Anand was a Principal Engineer at Airvana Inc., where he worked on the Self Organizing Networks of CDMA and LTE femtocells.

Anand holds a Ph.D. and a dual S.M. from MIT in both EECS and Aeronautics and Astronautics, where his research focus was on Wireless Networking and Algorithms. He also holds a B.A.Sc. in Computer Engineering from the University of Toronto. He has authored over 20 patents many of which are key technology elements of products deployed at thousands of customer sites.

When you think of the holistic environment of medical devices and basically all of the devices operating over a hospital network, it gets really challenging to have both visibility into the performance AND security. For instance, can these devices connect to the applications they're trying to access? And hopefully your MRI machines are not talking to servers in Russia.