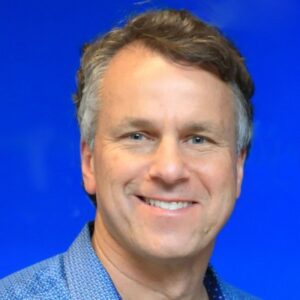 Transcarent works to create a new experience that aligns with the interests of the consumers and large self-insured employers caring for their teams. Tullman, founder and former-CEO of Livongo, moved to Transcarent in 2021.

“After leaving Livongo a lot of employers came to me and they said, would you do what you did at Livongo for the rest of healthcare?” Tullman shared.

Self-insured employers have become dissatisfied with the costs of healthcare, according to a recent Wall Street Journal article. Additionally, healthcare workers have felt mistreated by payers as they stress over payments and pre-approvals.

Transcarent has been appealing to health systems who have tried to establish direct relationships with large employers but cannot accomplish this on a national level. This is typically where payers would come in, but even they have not been able to do so to satisfaction, according to Tullman.

“The problem with payers is that they haven’t been doing that in a way that either reduces cost, improves the quality of care, or creates an experience that people actually like. So we’re all grasping for straws,” he explained.

Additionally, Transcarent is paying for procedures in full, in advance. This has added to their popularity.

“It’s a new kind of relationship. And we want to work with you because this is a real partnership,” he said.

According to Tullman, the organization does not charge up. It shares risks for three things: high-quality experience, providing measurable quality outcomes, and doing so at the same or lower price.

“You want quality care; you want a good experience. You don’t want your employees distracted by their health care; you want them to do their job. So we have to deliver on those three promises. And the way we do that is we make sure there’s alignment,” he said.

Tullman and his team look for ways to improve the experience and deliver measurable results from this standpoint.

“That’s the most ridiculous thing in the world. Who’s benefiting from it? The PBM is benefiting. The payer is benefiting, but you aren’t. Your employer isn’t, so we’re going to stop that,” he explained. 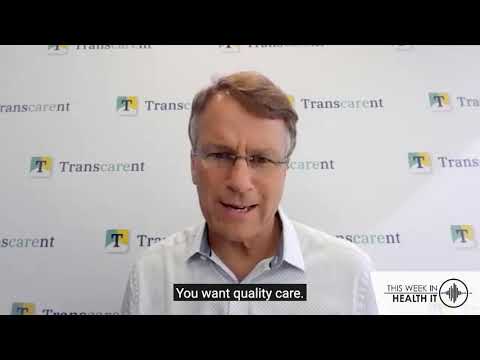 A Wakeup Call for Healthcare

Amazon’s Haven healthcare venture with JP Morgan and Berkshire Hathaway,should have been a wake-up call for the industry, according to Tullman. However, many healthcare leaders took their folding as a relief rather than a warning.

“When you have three of the largest smartest employers in the world—Amazon, JP Morgan, Berkshire Hathaway—and they come to you and they say, you are so bad. We’re going to form our own company to do just what you do. That should be a wake-up call.,” he said.

For employees navigating coverage, Transcarent cares about a consumer-directed healthcare experience. When companies began clarifying “this is not a bill” on paperwork sent to patients’ homes, this only furthered confusion. To sincerely address concerns, their team asked the question, “what about we send no bills?”

According to Tullman, bills and co-pays are hurdles in a patient receiving necessary care. If multiple doctors are recommending a surgery, Transcarent wants to ensure they receive that care.

“The number one cause of bankruptcy in the US is healthcare. So why as an employer when I want my employees to go bankrupt?” he explained.

In their new system, there is no copay or co-insurance for surgeries. 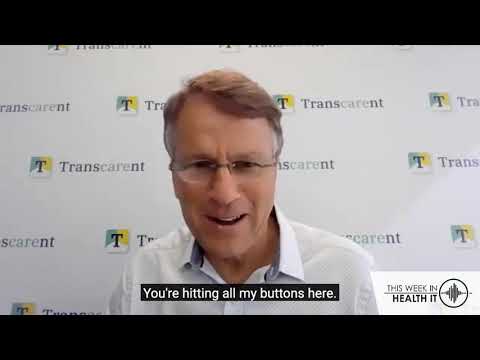 Transcarent has continually focused  on choice. In the past, consumers were told where they could receive care within the network.

“You had no say. Was it a high-quality place? You didn’t know what it costs. We’re changing that. We’re saying whether you’re the CEO or whether you’re the janitor, you get world-class service when you’re talking about surgery or other medical procedures,” he said.

Transcarent is about bringing everyone along, according to Tullman. This is where the organization provides “navigation services” that are easy enough for people to do independently.

“Think about that for our healthcare system. Imagine it was so simple that we met you where you are. So whether you’re at home, whether it’s the middle of the night, whether you want to schedule your appointment on the weekend, whatever it is, we meet you where you are, and we put you in charge,” he explained.

According to Tullman, this is a consumer-directed approach because the the patient is in charge and giving orders.

Telehealth is accessible on a smartphone, and Transcarent eliminating the phone tree and automation. According to Tullman, within 60 seconds, consumers can connect with a doctor at any time of the day via text. This allows increased consumer comfort because they may not prefer to be seen on video by a doctor. However, there is also an option for video if the patient prefers.

“If the doctor wants to do a video, they have to ask you. They can’t just turn it on. Why? Who’s in charge. You’re in charge,” he said.

Another aspect of consumer-driven care is no pre-recorded messages. At Transcarent, a live person speaks everything, even the warning to dial 911 in an emergency.

Less is More When Scaling a Company

When it comes to scaling the organization, it is more about high touch than high tech. According to Tullman, it is not technology that is coming to healthcare,  but people.

Walmart and Amazon, for example, make it easy to shop. Understanding both its customers and the experience needed in the industry drives their popularity.

According to Tullman, it is important to scale by doing less, not more. By not having billing, Transcarent eliminates 20% of their call volume. And, by giving callers instant access, things become easier for the consumer.

“We’ve taught the whole country that it’s really simple just to touch a screen, do it at home, do it on your phone. You show up, and we made it simpler. Well, guess what? There’s a whole bunch of people who are in the middle that we don’t need anymore. And it’s better,” he explained.

Consumers can be told to go to a facility because it is where the payer gets the best deal. However, it may not be the best place for the consumer to go. In comparison, Transcarent provides unbiased information about the care available and allows consumers to choose. 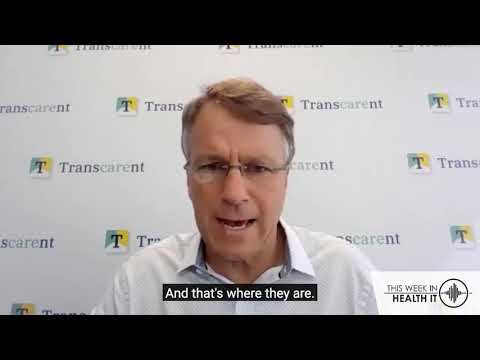