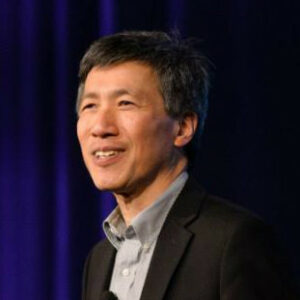 Previously, David co-founded Imprivata and built the technology behind the OneSign solution used extensively in healthcare. As director, he oversaw Imprivata’s evolution from a venture backed startup to a public company and subsequent private acquisition in 2016. David has more than twenty years of experience developing identity and security solutions for government and enterprise environments. David holds B.Eng and M.Eng degrees in Electrical Engineering from McGill University and began his career as a member of the scientific staff at the BNR/INRS Labs in Montreal, a communications research institute operated by Bell-Northern Research, McGill University and the University of Quebec.

In 2016, David was appointed by the U.S. Department of Health and Human Services to the Health Care Industry Cybersecurity Task Force, authorized under the Cybersecurity Information Sharing Act of 2015. He helped draft the recommendations for securing healthcare in the Cybersecurity Task Force Report submitted to Congress in 2017. David holds twenty-two US patents, with additional pending. He frequently speaks and publishes on authentication and identity management, infrastructure design, secure communications and topics related to healthcare IT resilience. A strong believer in entrepreneurship, David mentors and advises startup groups in the Boston area.

From Imprivata to Tausight with David Ting CTO and Founder

Considering Your Education for a Future in Health IT

When we look at our organization compared to some of the very large organizations that we interact with, we can be really nimble because of the multiple hats we wear. And we can sometimes be more effective because of it. We really have a cohesive team that works together and can problem solve faster because we don't have all those different lanes so to speak.

There's always something more that you can do in regards to security risks. But given the dual roles I serve in and the fact that Faith Regional is not going to have a security team of 50 people, we leverage very smart contracts with other vendors. Not managed services but advisory type services, making sure that we're informed.

If healthcare were a power system I would want to know, where's the voltage going? Where's the juice? In healthcare, to me, the juice is your digital records.

It’s not a matter of IF you'll have a cyber incident. It's a matter of WHEN. And more importantly, how do you get back to business? How do you continue operations knowing that everything in the cyber blast radius has been contained?