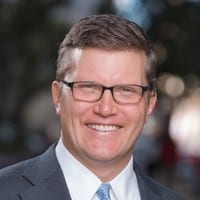 Eric Herrenkohl is the President of Herrenkohl Consulting, a consulting and retained executive search firm that he founded in 2002. He works as an advisor to CEOs on building superior leadership teams.

Eric is the author of the upcoming book Crowbar: Pry top talent out of your competitors, surround yourself with the right leaders, and create the team your customers demand.

Prior to founding his firm, Eric worked in executive search and in employee motivation & sales incentives. Early in his career, Eric was the first dedicated employee to oversee the patented rewards system that drove the Shell MasterCard, transformed the sales incentive industry, and generated tens of millions of dollars of licensing fees.

Eric also worked as a volunteer and staff member with Young Life, a non-denominational organization that works with high school students.

Eric holds a master’s degree from Covenant Seminary in St. Louis and an undergraduate degree in economics and history from the University of Michigan, Ann Arbor. He and his wife and four children live in the Philadelphia area.

Eric Herrenkohl on Finding and Develop a Team of A-Players