Khan Siddiqui M.D. Founder of Higi on Serving the Underserved with Technology 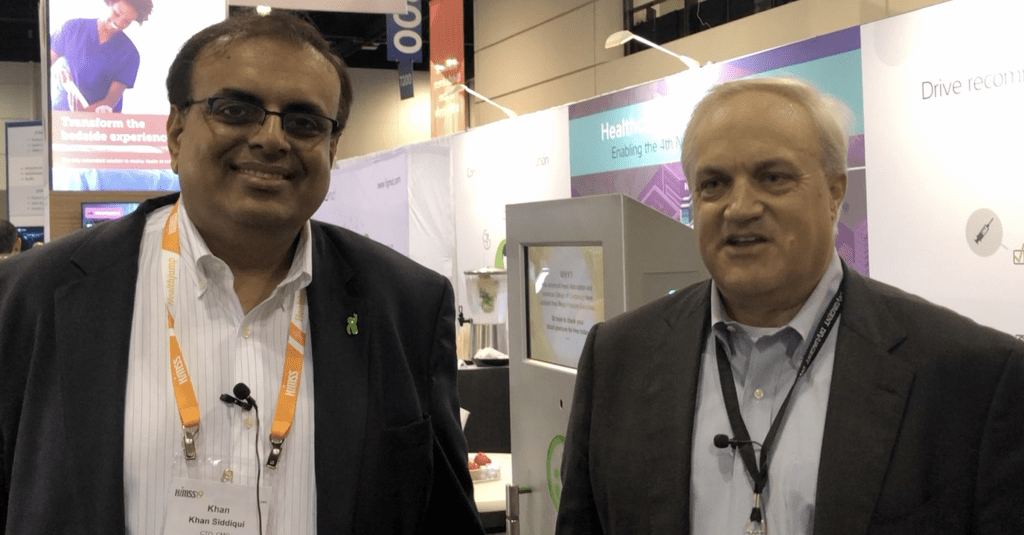 How can technology serve the poor and vulnerable in our communities. In this discussion with Khan Siddiqui. M.D. we explore creative solutions that which establish new touch points to provide care.

Bill Russell:                   00:11                Welcome to this week in health it where we discuss the news information and immerging thought with leaders from across the health care industry. This is Bill Russell. Recovering healthcare CIO and creator of this week in health it, a set of podcasts and videos dedicated to training the next generation of health it leaders. This podcast is brought to you by health lyrics, helping you build agile, efficient and effective health. It. Let’s talk visit HealthLyrics.com to schedule your free consultation. We were recording a series of discussions with industry influencers at the Chime Himss 2019 conference. Here’s another of these great conversations. Hope you enjoy.

Khan Siddiqui:               01:04                So Higi is a population health enablement company. Uh, we basically enable to population health. And the way we do it is through our devices, um, in the, in the community. We have about ten thousand of these devices in their retail, pharmacy, community centers, homeless shelters, churches, and different other locations that our customers would want them in. And we basically enabled consumers to interact with the data with collected structured data through measurements as well as patient reported outcomes and then feed into one of these platforms, Ehr and other clinical workflow applications as needed.

Khan Siddiqui:               01:35                We also provide software solutions to activate patients on the kiosk as well as do gaps in care closures for our population that are at risk focusing on Medicaid, medicare advantage, uninsured populations.

Khan Siddiqui:               02:22                So we’ve been a proponent of the patient owns the data and be a custodian of the data and be allowed them to move it whereever they need to move with the patient consent, right? That’s our philosophy from day one. We’ve done that from even even had an open API available for five years plus years through our, through our Higi platform as well as now as Fire’s come out providing the data in fire’s format also. So there are multiple levels of, you know, how I think about interoperability, there’s what I call the envelope and how you wrap a content around and then I call the letter of the content inside that envelope so everybody’s coming to this web services based standard as to how you move the data around, right? So the plumbing, plumbing, the plumbing is in place and we’ve been using that, that’s robust and having.

Khan Siddiqui:               03:07                What is moving through the pipeline is what, what uh, what now all discussions that are happening. So, um, so I think, I think that is, uh, what needs to be figured out. I have a philosophy that, that you need to identify the use cases and what those needs to be and how people actually implement that. It’s fine because if you look at how web standards are done, people have not created structure of the content inside web services, but more on how the protocol is and keeping the data in a structured format. So define the structure format, not the template or how the format should be added. And that’s all going to be focused on from our side of things.

Khan Siddiqui:               03:46                so, so obviously we collect data through measurements of devices, blood pressure, weight, BMI, body composition data from our devices. Uh, we also collect patient reported outcomes, which are validated through the surveys on the device. Plus we connect to any plus variables, home monitoring devices to bring data into clinical workflows. And then through patient consent, we also for pharmacy data to select partners who work with us. We need that data into that, uh, into that patient record and then pushed back into clinical workflows as needed.

Khan Siddiqui:               04:44                So Shafiq Rab was one of the CIO, visionary, CIO over there came up with this idea that instead of dealing with these patients when they show up in the er, how about we engage them in the homeless shelters? So they actually put Higi station in homeless shelters in Chicago where they screen the patients and then they’d do care coordination with their, they need social services, any kind of other services needed, and then triage them to the right care as needed and sinstead of sending them to the ER. So for example, when we implemented the Kioski and homeless shelter, 9% of those populations were in hibernation crisis. A single uncomplicated admission average price was $24,000 single. Right. And most of these patients have cardiovascular complication, neuro complications, which goes 50,000 plus per admission. That’s a huge cost that you know, the system. And if you had enough of those patients earlier on treat them in an outpatient setting, you reduce all that costs that they would have if they showed up in the er so that their incidents an average crisis in homeless shelter has gone from 9% to 1%.

Khan Siddiqui:               05:39                Right? So they’ve been able to show that difference in that, uh, by using Higi as a tool, device to not only do that, but they also collect social determinant data on the station. So understand what the patient’s needs are and then be able to direct them to the right services, uh, through care coordinators in, at the homeless shelter.

Khan Siddiqui:               06:26                if you think about it, right? Half of the use population makes $40,000 or less also then, and the cost of that population to care is twice as those in the hundred thousand or more. Right? Plus the cost is higher on the elderly side of things. And everybody’s focusing on building technology for affluent, healthy. Right? All right. Or young and healthy or, yeah. Or acute and chronically ill patients or post acute, right? Nobody’s focusing on what is the preventive monitoring space while the rest of the population, right? You’re focusing on the diamond, the pyramid on top tip of the pyramid when you’re focusing on, you know, acute and that publication, but year over year, it’s that bottom of the pyramid that becomes in the top right. If you don’t address it locally. So you know, how do you do it in a scalable manner and that’s how we do this.

Bill Russell:                   07:12                But here’s a, I mean I know we’re doing this because we are nonprofit organizations that care for our communities, but what is the economic engine for putting these kiosks in a homeless shelter? I mean that’s probably one of the questions people are asking. Like how do you stay in the those?

Khan Siddiqui:               07:26                I think it’s really, you know, it was the Rush’s need the Rush is paying for those, uh, Kiosks that goes in there because they understand the risks on this population of the show. Cause it’s driving up their costs. I mean this, if that patient shows up in the Er they’re to take care of the patient, the cost of that is a much higher versus taking care of them at any homeless shelter in an outpatient setting. So that’s, that’s the economic model on them is very clear on how they do it and having a clinic similarity. Right. I mean you have, you have a certain, it has academic medical center in an urban city. They don’t have, they’re not designed to be primary care, you know, extension or the question is do you build more brick and mortar and extend your primary care or do you use extension primary care and get into retail as a way to engage with these patients and continuously monitor them.

Khan Siddiqui:               08:10                So in rush clinic, when they enroll patient in a hypertension programs on Higi, they have a Higi sitting in their state, in the clinic to, to enroll the patients. Patient can go on any of the grocery stores or the pharmacy chains in the city, do the patient monitoring data, goes back into the epic Ehr with a care coordinator, looks at it. And then based on the data, decides what the patient needs to do and can do a tele health and monitoring to deal with it. Instead of a patient coming in, taking time off from work, paying for parking, paying copay to see the doctor, you just reduce the entire cost from the patient side of things and from the provider side of things to manage hypertension and scale.

Khan Siddiqui:               08:52                They’re branded Higi they are branded Higi, but all the digital aspect, they can have a lot of Rush messaging that is happening in Rush will have a tile on the kiosk. We are effecient, cause I’m a rush patient and I want to share my data with rush and then when they click that button, then what the question they need to answer are personalized and based on what Rush’s needs are.

Khan Siddiqui:               09:26                Since the first of all, it’s very simple. We already have stationed or deployed in eleven thousand ten thousand plus locations nationwide so you can just do an Api integration and just get consumer to share data and do or do anything with that.

Khan Siddiqui:               09:42                that doesn’t make a difference. Right and you’re just pulling it out through as a fire resource and we want to do that stuff. If you want to do more gaps in gear closure type of things, then you know we have a software solution for that stuff and then what happens is the tile shows up. Our La county for example on the kiosk and the patient comes and self identifies what it is. I didn’t know, you know, whatever the LA county wants to know what the patient froma certain government point of view or any other thing that they are, they care about. We can customize those questions to ask them in realtime and the data goes back and do either if they want into the analytic engines they wanted to Ehr or we have our integration in salesforce health cloud and then we provide a current solution. for care coordinators to look at data.

Khan Siddiqui:               10:27                I mean this is exactly what we’ve been doing for the last seven years is patient generated consented data. So so because of philosophy a patient owns the data and they give consent to share and we already aligned with how they’ve been thinking about, so you know are partnering with Karan Alliance really pushed this idea of patient centered exchange of data. So when a patient gives consent and patient wants data pulled from an Ehr from a claim system from appear, all of the hurdles of interoperability go away because patient generating that request. Similarly patients generating request to send data exactly the same way. So I think we are like, you know, there’s apple that is doing it for everybody that can afford devices. We are doing it for anybody that cannot afford to devices. 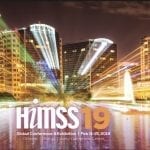 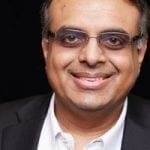 How can technology serve the poor and vulnerable in our communities. In this discussion with Khan Siddiqui. M.D. we explore creative solutions that which establish new touch points to provide care.