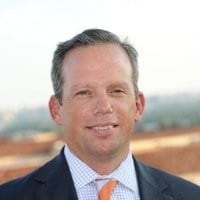 John Groetelaars is the President & CEO at Hillrom.

John P. Groetelaars joined Hillrom as president and chief executive officer in May 2018. Previously, Mr. Groetelaars was executive vice president and president of Becton, Dickinson and Company’s (BD) Interventional Segment, where his responsibilities included global strategic, operational, commercial and financial performance, and delivering the segment’s innovation platform. Prior to the BD acquisition of C.R. Bard, Mr. Groetelaars was group president at Bard, which he had joined in 2008. He previously held positions of increasing responsibility with Boston Scientific Corporation, Guidant Corporation and Eli Lilly. Mr. Groetelaars earned his bachelor’s in Mechanical Engineering from Kettering University in Michigan, and an MBA from Columbia University in New York. He is a current board member of AdvaMed.

Considering Clinicians throughout the Digital Journey

The Power and Potential of Digital in Healthcare

We'll look back at 2020, should we have another pandemic, a decade from now and I think we'll more quickly embrace the idea that digital, data and insightful information, whether it's through AI or other algorithms really should be embraced. We'll look at those tools and say wow how did I live without that?

Our employee engagement has actually increased during the pandemic which we were quite surprised to see. We feel good about how we are managing through it. People feel like they're contributing to the pandemic and not suffering from it. That made a big difference for us.