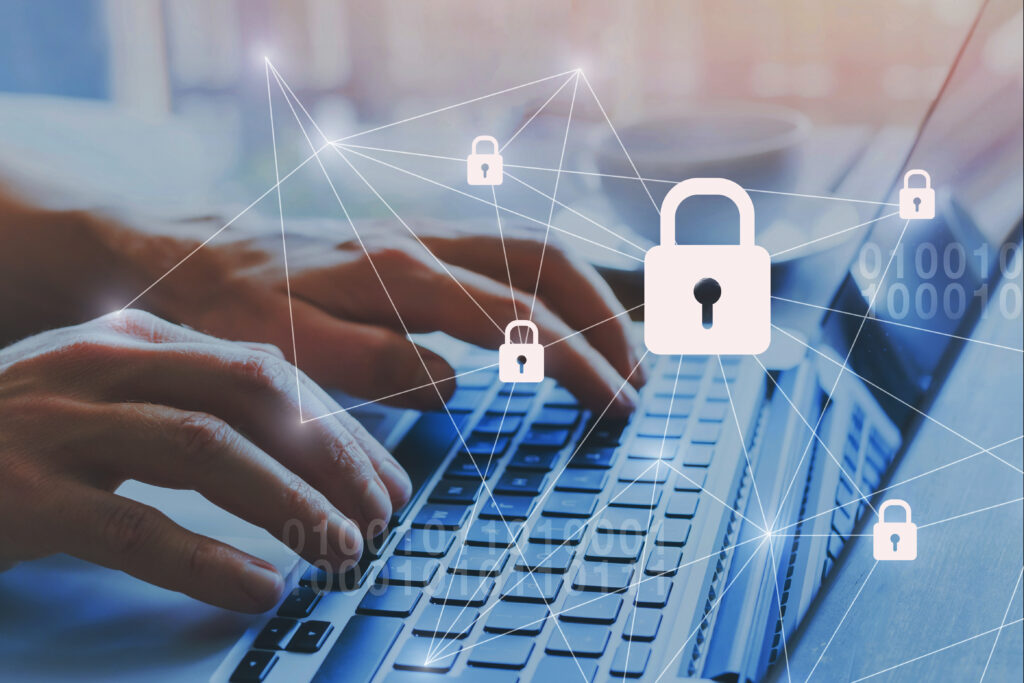 In healthcare, transformation can be turbulent. Even changes that the industry has seen coming for years often creep up faster than many stakeholders find ideal. For some providers, the new requirements around information blocking might be a prime example.

As of April 2021, federal policy mandates that providers make health information more freely available to their patients and other providers. Patients must be able to easily access certain elements of their electronic health information (EHI) on-demand, and practices that hinder such access are officially considered “information blocking” and forbidden.

The rules could not be applied, however, until the issuance and implementation of a final rule from the Department of Health and Human Services’ (HHS) Office of the National Coordinator for Health IT (ONC). This final rule—first released last year—specifies that providers and vendors are required to make core EHI available unless doing so would violate one of the following exceptions:

After months of COVID-19-related delays, the final rule paved the way for the information blocking ban to take effect on April 5, 2021. But even with these allowances, and nearly five years of forewarning, the matter remains complex in nature. This Week in Health IT spoke to the experts—including officials who helped shape and implement the policy—to determine what providers need to know about information blocking, interoperability, and the 21st Century Cures Act.

Ready or Not, The Information Blocking Rules Are Here to Stay 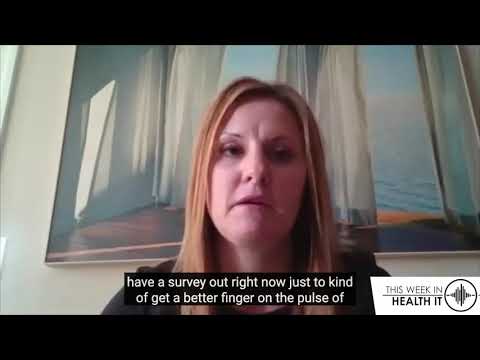 Although the new information blocking rules are necessary, adoption by health systems may not be simple or natural. In fact, the global COVID-19 pandemic allowed for delayed implementation, a relief of pressure which some organizations needed.

“IT leaders in 2020 might have thought, ‘if it gets delayed because we are so focused on dealing with the pandemic, that’s okay.’ So I think there are organizations on some of this that are just purely playing catch up,” said Sue Schade, Interim Vice President and Chief Information Officer at Boston Children’s Hospital, days before the final rule went into effect.

Mari Savickis, Vice President of Public Policy at the College of Healthcare Information Management Executives (CHIME), says her organization advocated for those delays—and if providers are still struggling to get up to speed, they aren’t alone.

“While some [of our provider members] were ready in November because they felt like they had no other choice, we know that some of our members were still struggling,” she says. 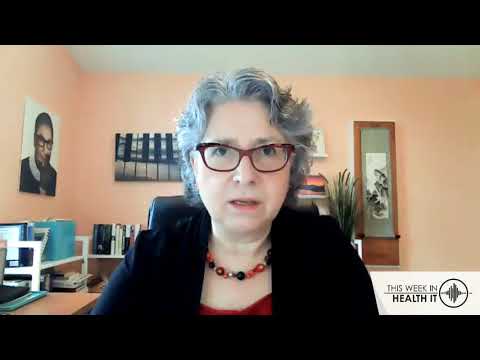 For their part, CHIME is conducting an information blocking survey and assembling a special initiative to respond to member needs, but the delays proved helpful in allowing providers to focus fully on the pandemic. To help their community navigate these regulatory changes, CHIME created a resource tool for organizations subject to information blocking rules.

While the delays are over and compliance must begin, penalties for violation have yet to be defined. Fines, including reductions in an organization’s Medicare reimbursement, are being considered by the Office of Inspector General (OIG) of HHS. Until then, providers will once again have to wait for a final rule—this time from OIG—to learn the true cost of information blocking.

Aneesh Chopra: The Nuance of the Law Matters 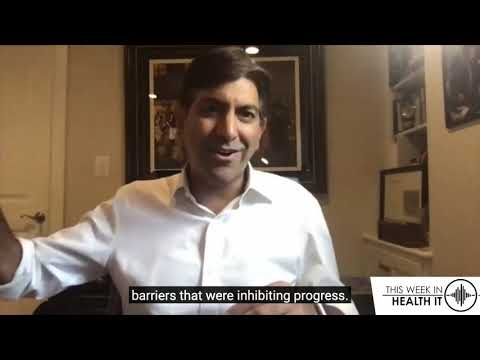 Aneesh Chopra is well versed in tech policy and implementation. He was appointed as the inaugural Chief Technology Officer of the United States in 2009, and today is co-founder and director of the healthcare analytics company CareJourney. When discussing the information blocking provisions of the 21st Century Cures Act, he stressed the revolutionary nature of the law’s wording.

“What is unbelievable about 21st Century Cures is it said, unequivocally, that healthcare information shall be made available through standardized APIs,” he said. “The fancy language that is the hallmark of this law is that ‘data sharing shall occur without special effort.’”

This phrase stood in contrast to the typical experience most providers have with health record technology.

“Think about every HL7 interface you had to launch for a specific project to connect to the [health information exchange], to connect to a third party app, to connect to a health plan…you would not characterize that as, ‘without special effort,’” he said.

Common compliance with Fast Healthcare Interoperability Resources (FHIR) standards may help expedite the creation of better EHR apps and patient portals, but to achieve the interoperability ideal, it will take more than tech standardization. Human consensus on the availability and use of the data remains key.

“Let’s assume you want to make clinical notes available to patients, and the regulations say that data in that class must be accessible–otherwise, you’re information blocking,” he says. 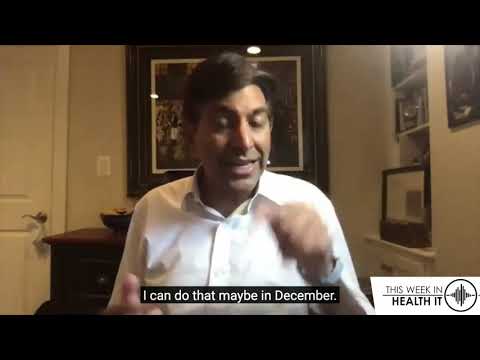 Some EHR vendors may want to delay the inclusion of such capabilities until they release their next compliance upgrade, while providers may want to move much faster.

“Will vendors say ‘Wait until we ship in two years?’ Or will they be obligated to allow that individual hospital to execute that strategy?”

Don Rucker, MD: The Transition Should Be Simple, and Providers WIll Be Glad 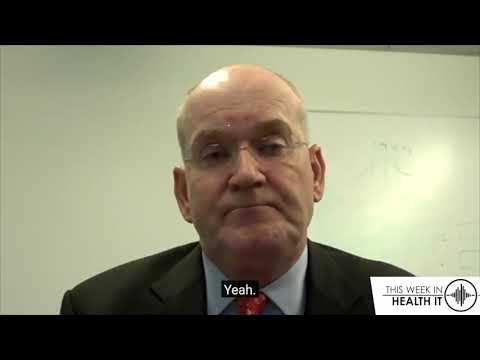 In addition to his seat as Professor of Clinical Emergency Medicine and Biomedical Informatics at the Ohio State University College of Medicine, Don Rucker, MD, previously served as National Coordinator at ONC from 2017 until earlier this year, meaning he played an important role in shaping the final rule. He said that the policy is designed to be of minimal burden.

The new requirements, he hoped, will open doors for innovation and create competitive pressure that improves service and outcomes.

“I think [providers and payers], if they’re working on somewhat or highly non-transparent business models, they’re going to have to really start thinking ‘What does my world look like when people can shop with information and control their destinies?’”

Micky Tripathi: This Flips the Equation on Provider Data Practices 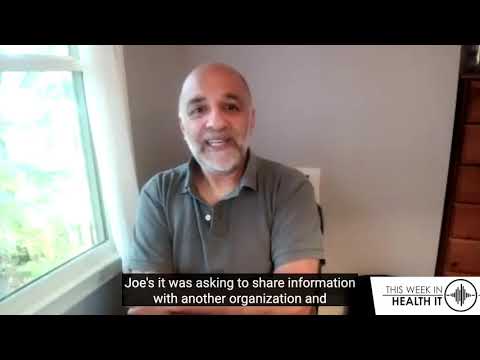 The current National Coordinator, Micky Tripathi, PhD, brings just as much zeal towards information blocking as his predecessor. Tripathi told This Week in Health IT that he believes the new final rule represents a fundamental shift to some mindsets in healthcare.

“The information blocking law said to providers and EHR vendors that your default should be to share information, assuming that it’s happening under appropriate HIPAA permissions and any other regulatory constraints,” Tripathi said.

Patients having control of their own health data will no longer be a perk that some health systems provide: It’s now the requirement. “That flips the equation. They have to have a reason to say why they wouldn’t do it, where the answer should be ‘yes’ right away.”

Tripathi, the former Chief Alliance Officer at Arcadia, expressed his belief that the information blocking rules ranked among the most important sections of the 21st Century Cures Act. 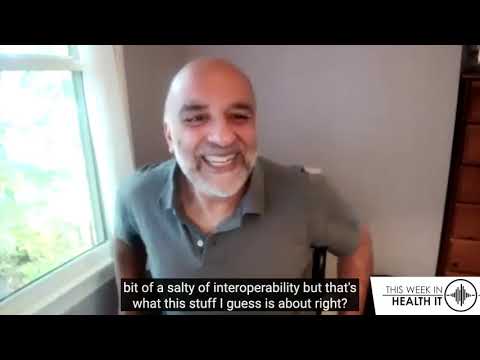 The rules fit with other industry changes, like the adoption of FHIR standards, in ways that will make data move more smoothly throughout healthcare, he says. Further progress toward interoperability will make everyone’s job easier, including providers, who need to receive timely patient health information from other providers.

“That really was a barrier to better, richer, cleaner interoperability,” Tripathi said.

Dirk Stanley, MD: Not Every Patient is Ready to Access All Their Health Data 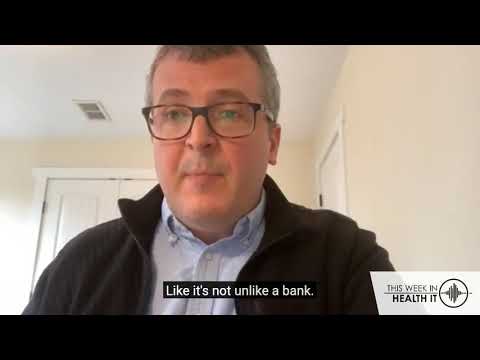 Though most experts champion the ongoing push toward data transparency, front-line physicians know that it will lead to changes and challenges in the EHR and the exam room.

Dirk Stanley, MD, doesn’t shy away from his enthusiasm about what’s to come. He thinks data transparency provides ample opportunity to innovate, and that empowering patients with their own health records will allow them to seek better care independently.

“I think it’ll help drive competition, improve service, and improve quality. So I certainly see why we’re doing this,” he said.

Still, he has seen firsthand that not every patient is ready to embrace their health data. As Chief Medical Information Officer at UConn Health, Stanley cautioned that some may be reticent to receive important news without accompanying physician support.

“There are people who legitimately don’t want to get unhappy news in the portal if the doctor’s not there to help frame it,” he says, explaining that this may differ among generations. Navigating this divide may be the biggest challenge in implementing the new rule, he adds.

Pursuit of the greater good, Stanley observed, doesn’t mean any patients should be left in the dust.

“Clearly the benefits outweigh the cost as a society. But on the individual level, you want to make sure that every patient gets the respect and care that they need,” he said. 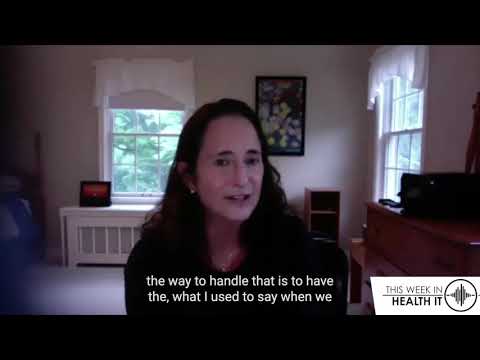 Amy Maneker, MD, expressed that the situations like those Stanley described are avoidable. However, meeting each patient’s needs will require all providers to ensure those patients are well informed about their data rights.

“If our patients are now getting our notes, our labs, radiology, pathology, the way to handle that is to have a different conversation in the exam room,” the StarBridge Advisors advisor and Chief Medical Information Officer said. “Everyone needs to be familiar with it.”

According to Maneker, the whole medical staff will now be responsible for making sure that the patient knows that they can access their HIE independently, but that they should do so only if they’re comfortable.

“Even the nurse needs to know that the patient’s going to get these results and then say, ‘Hey, your results are going to come back as soon as they’re finalized, if you don’t want to see them before talking to the doctor, then wait for the doctor to call.’”

Maneker also explained how doctors should consider their patient’s health literacy when prepping EHR notes, and that the industry might want to reconsider its approach to note-taking altogether.

“Do you really want a horribly bloated note to go to a patient, that’s hard to figure out?” she asked, pointing out that a lot of unneeded contextual information often “blows in” to a doctor’s note. “This is really an opportunity to reconfigure notes, which is a heavy lift.”

According to Maneker, adapting to the new information blocking rules will require extensive change management, interpretation, education, and configuration, with education at the front and center.

Director of Marketing and Executive Editor

Executive Editor and Director of Marketing for This Week in Health IT.