CIO of Texas Health Resources (THR), Joey Sudomir, joined Influencers to talk with host Bill Russell about the lasting impact of the pandemic for health IT, patient experience, prioritization, and interoperability.

Texas Health Resources (THR) is an integrated delivery network in the Dallas-Fort Worth metroplex. With a wide range of hospitals for acute care, short stays, rehabs, and urgent care and outpatient imaging facilities, THR has been on the market since the 1990s.

Most recently, the organization was named number seven on Fortune’s Best Places to Work in the United States.

Shifting from a Patient Care to Consumer-Centric Model

THR is focusing on pivoting from a patient-centric to a consumer-centric lens. Sudomir explained that health systems begin the relationship with the consumer even before the first interaction, which is why they want to advance technology to accommodate this.

“How do we help healthcare look more like other industries who have to take a consumer-centric focus or perish? …Quite frankly, it’s a fundamental shift in healthcare, not just IT, as to how we view individuals in the market and really their role as a consumer,” he said. 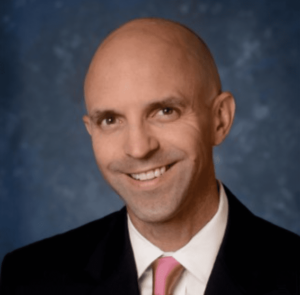 According to Russell, both Dallas and Southern California regions have received quick adoptions of a consumer-centric healthcare approach. There has been a quicker demand for new tools and technology in these more urban and suburban markets.

According to Sudomir, individuals are both consumers and patients, which means the consumer versus patient debate may never fully resolve. When a person is in a hospital bed, they may view themselves as the patient. In comparison, if the individual is shopping for service and comparing expectations and post-service capabilities, they function as consumers.

“An individual on any given day can vacillate in between one role or another,” he said.

The catalyst for this shift has been the efficiency and ease other industries offer individuals at their fingertips. According to Sudomir, this is now the expectation for healthcare as well. While for most people, healthcare is episodic rather than frequent interaction, care performance is still being evaluated by either type of patient.

“We need to be sure that we’re bringing solutions across that entire continuum that service the expectations they have for any given industry,” he said.

For THR, there has been a shift in how care journeys have been mapped out. Sudomir explained that these changes have forced the system to have a holistic approach to patients. This process was birthed out of a consumer experience group three years ago, where THR receives feedback through focus groups on the voice of the consumer.

The Post-Pandemic Picture for Healthcare Systems and Health IT

According to Sudomir, the lasting impact of the pandemic upon health IT is that care does not take place only within the walls of physical assets any longer. The future shows a desire and need for virtual capabilities and off-campus care.

Despite the horrors of the pandemic, Sudomir explained the positive could be that it forced patients and consumers as well as health systems to deploy these capabilities.

“I think in the future, as that continues to mature, that’s in non-pandemic times only going to give us the ability to treat people more effectively and efficiently and in the comfort of wherever their comfort location may be,” he said.

During the pandemic, THR learned how to pivot quickly in care delivery areas and focus appropriately on prioritized issues.

“We can move mountains a lot faster than we thought we historically could,” he said.

According to Sudomir, the key to cutting through the cultural norms for care delivery was the pandemic. Without it, the transition would have taken much longer. With appropriate prioritization and organizational commitment seen during the pandemic, Sudomir believes health systems can achieve significant movements in a short time. He hopes this is part of the culture that continues post-pandemic.

Health System Priorities in the Second Half of 2021

For THR, priorities are set quarterly, and roadmaps are created for longer-term goals. This allows there to be an adequate amount of focus for each item. Sudomir explained that from the IT perspective, this priority affects technology, which means there has to be a level of capacity management. They track the capacity for project work versus operational normality based on 12-to-36 months of lead time.

“It’s a constant dance. The music never stops, and new opportunities present themselves…There’s a lot of projects and people. And they’re all worthy, and we just need to make sure we’re working closely with some of our other executive decision-makers to know that we’re focusing on the right ones,” he explained.

According to Sudomir, one of the most interesting initiatives completed at THR regarding data has been creating an enterprise data warehouse team. Following the company’s reorganization, this has been an ongoing journey of executing strategies with the transformation office.

The team is not only ingesting data from general transactional systems, but they are also utilizing outside sources relating to the consumer. This information allows them to see how consumers view the organization through scores and other consumer preferences, Sudomir explained. He has also believed that in time, this data will help give appropriate knowledge regarding patients.

“I think it’s going to tell a pretty powerful story, but work in progress,” he said.

These advances in data will allow healthcare to come closer to personalizing approaches to nudging healthier behaviors, Russell proposed. Historically, there has not been data available for clinicians to identify patient preferences or reactions. According to Sudomir, this is a key component to the holistic picture of patients.

Tech debt has been an area of concern for THR for some time. Sudomir said that before he became CIO, the health system understood the level of hygiene necessary for IT. THR has a team that plans several years in advance for technology and how that will be continually taken care of.

“We don’t chase a lot of shiny coins. We don’t want to be on the bleeding edge of a lot of technology. We like to settle in sort of that leading edge space or well-adopted space. And that helps because we know we’re moving into something. We can make work or honoring the investment that the organization is putting into it,” he said.