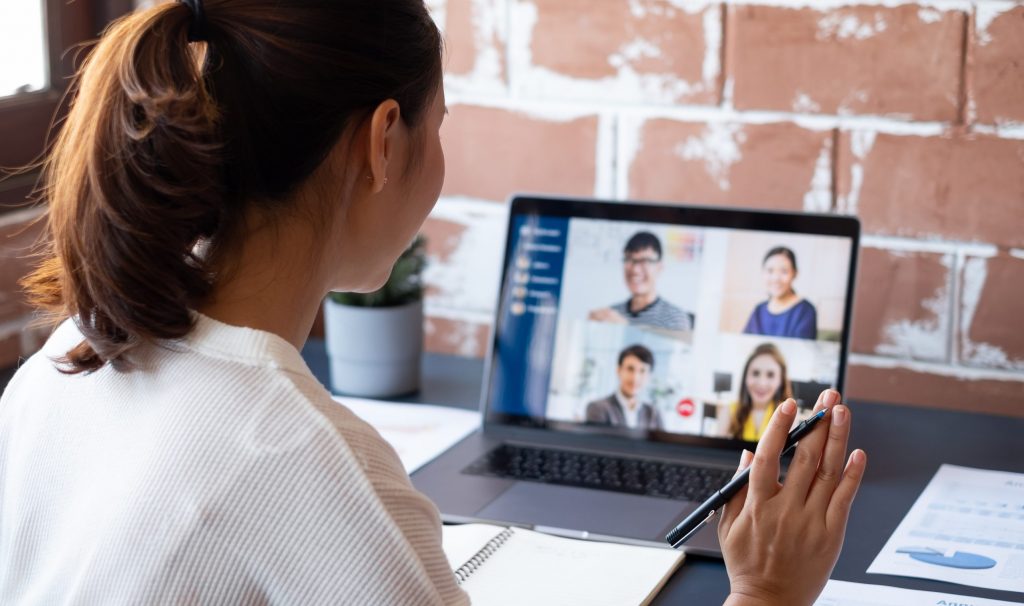 The Future of Remote Work: Healthcare IT Leaders Weigh In

The future of remote work in healthcare has been a pressing topic for the last 18 months, with ever-changing conclusions. In March 2020, health IT workers around the country woke up to a new reality. They still had to work, but they didn’t have to commute to the office. While frontline caregivers remained on-site treating COVID-19 patients, support staff were sent home to help stop the spread.

At first, it was a temporary break from commutes and cubicles. But as the pandemic dragged on, it became apparent that the nature of work was changing. The future of remote work 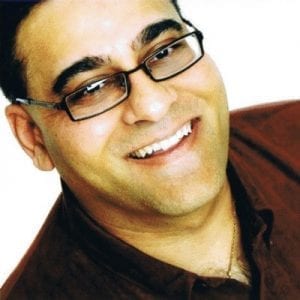 in healthcare IT has been contemplated as the “new normal” in some capacity, for even after the outbreak has diminished. However, some health leaders still have their hesitations.

The pandemic pushed health systems to advance technology adoption and provided an opportunity for companies to reevaluate inefficient practices. Even now, the learning curve to keep workers healthy and productive requires health systems to continue to be responsive and innovative in their approach.

Health IT leaders have had their workflows turned upside down. Office drop-ins, easy touch points, and running into project members in the halls are no longer possible. Now, many experts have agreed about the need for compassion, balance, and continued innovation in the future of remote work for healthcare IT.

Many healthcare leaders have pushed back their return-to-office plans, especially after the recent surge of the Delta COVID-19 variant. In some cases, health IT are preparing for a remote or hybrid system long-term. In fact, many systems had been exploring some degree of remote work options before the COVID outbreak forced the accommodation.

“Manhattan space is at a premium, so we already had around 1,000 people who were logging in remotely each day before the pandemic,” Kristin Myers, Chief Innovation Officer at Mount Sinai Health System, said. “We were able to scale up that infrastructure up to 10,000 at the height.” 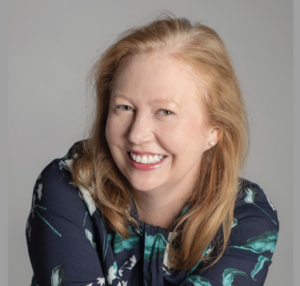 Zafar Chaudry is the Senior Vice President and Chief Digital and Information Officer at Seattle Children’s Hospital. When that institution quickly transitioned about 4,000 hospital support staff to remote work, there was a revelation.

“There’s a certain number of people who probably should never have had an office,” he said. “So we can wind down some leases in very expensive locations in downtown Seattle. Our goal is to have about 3,000 of those 4,000 people remain working from home indefinitely.”

Both Mount Sinai and Seattle Children’s Hospital are planning to reconfigure some existing space for “hoteling.” That means they will still offer some on-site work space for employees to use by choice or as-needed. By reducing their physical footprint, health systems can cut costly real estate expenditures and re-invest those funds in staffing, technology, or clinical care.

The Potential of Remote Work: Opportunities and Competition

The explosion in remote work opportunities has given workers newfound options. Brent Lamm, Senior Vice President and Deputy Chief Information Officer at UNC Health, pointed out that workers are no longer limited to their local job market. 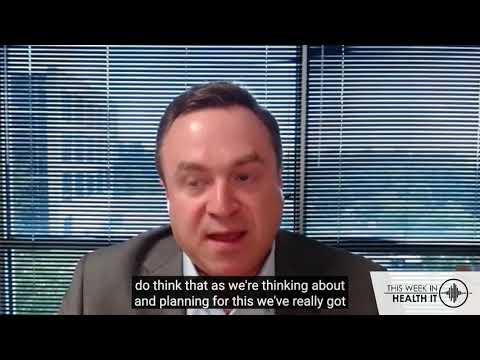 “For our entire history, we’ve had the vast majority of our employees and team members living in North Carolina. But we are seeing a major increase in the number of new candidates we’re interviewing who want to work from other states,” he said. “That presents real challenges for HR and legal.” 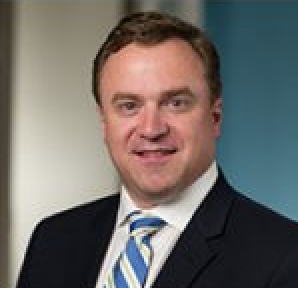 Systems can now hire talent from a much larger pool of candidates. However, they would need to navigate the legal differences between local labor and tax laws. Many health systems are limiting which states remote candidates can work from based on the ease of navigating their regulations. Seattle Children’s Hospital, for example, expanded their remote hiring from its usual four-state pool in the Pacific Northwest to include candidates from Georgia, Texas, and Florida. Those three were selected first for their relatively low regulatory burdens.

Systems also need to offer competitive salaries and benefits for employees working from very different markets. Even the largest health IT employers are no longer “the only game in town” if proximity is a non-issue for job hunters. A recent Microsoft study found that over 40% of employees would be willing to leave their current companies within the next year if they could receive better benefits elsewhere.

“Our employees have choices,” Myers added. “They could apply for jobs in Texas and still live in New York, or move wherever they wanted. So we have to be competitive with that.”

If Remote Work is the Future of Healthcare, Culture Must be Considered 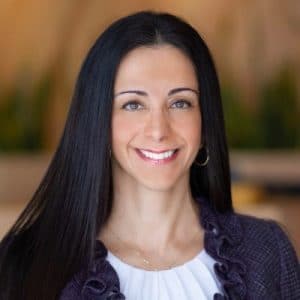 A future of remote work in healthcare would give employees more job mobility than ever before. Therefore, healthcare companies have increased motivation for employee satisfaction, explained Sanaz Cordes, MD, Chief Healthcare Advisor at World Wide Technology. She was one of thousands who switched jobs during the pandemic and, therefore, has not met any of her coworkers in person.

“More than ever, this last year has really prioritized to the workforce the importance of culture at the company you work with,” she said. “We’re at a critical point of really needing to shift the whole way that we think about healthcare and our workforce,”

She agreed that health systems have to worry about recruitment. Not just from other health IT companies, but from other industries entirely. Some startups and tech firms might have been intrinsically geared to develop a strong remote working culture. However, now legacy organizations must learn to do the same.

Setting the Example of Work-Life Balance

Work-life balance is a huge challenge for remote workers, Cordes explained. When there is no physical separation between their professional and personal lives, it can be hard to tune out and refresh. Cordes thinks leaders need to set an example for their employees by closing the laptop—and showing their staff that it’s alright to follow suit. 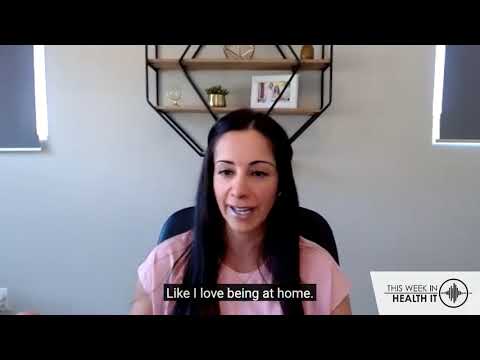 For other leaders, like Chaudry at Seattle Children’s Hospital, health systems must find ways to be personable and engaging to encourage a healthy culture. Prior to the pandemic, he’d convene his team with large, in-person meetings that could be both professional and irreverent.

With those exchanges moving virtual, Chaudry made a point to communicate not just about the work itself, but also about his and his teams’ passions and hobbies. He said the pandemic finally gave him the chance to learn how to cook, and he’s been sharing that journey with his staff—complete with recipes they can try out “at their own risk.”

Not All Employees Thrive When Working From Home 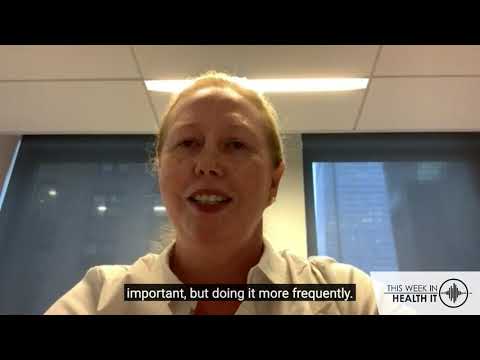 To maintain work culture during unprecedented times, health IT leaders need to better understand their employees’ preferences and needs. For Drex DeFord, Executive Healthcare Strategist at CrowdStrike, that meant first identifying his own. 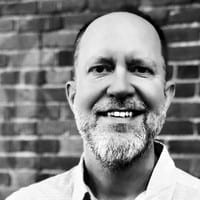 Without old routines—a morning coffee, a commute, a water cooler chat—it can be hard for some to organize their days. DeFord has understood that he personally has proved sharper in the morning, but less capable in the afternoons. He days are organized so he can get the grunt work done before lunch. Therefore, he can spend the afternoons communicating with his team members to solve problems.

“As a leader, it’s not only knowing yourself, it’s knowing your team,” DeFord said. “You have to figure out these things about your team because you want to take advantage of their natural strengths, too.”

Burnout from remote work is a real concern, DeFord said. Some teams did not miss a beat during the transition from office to home. Others have taken longer to adjust. DeFord explained that companies who are relying heavily on work-from-home employees need to focus on training them to make the most out of their time under unique circumstances.

“Companies that have done this well have done a lot of training for [their workers]: here’s how to set up your work environment, here’s the things you can do to avoid distractions,” he said. “And then a lot of it is definitely the person.”

Employees should be encouraged to find their most productive rhythm, rather than be forced even further out of their comfort zone, DeFord explained. 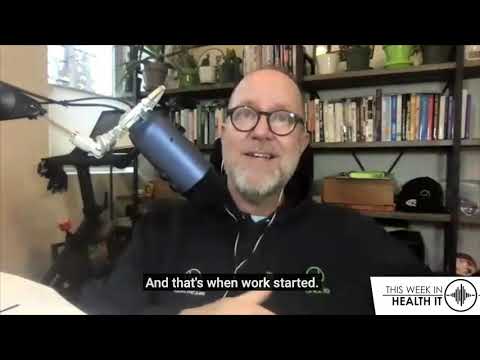 Though there are numerous advantages to a future of remote work in healthcare, many experts still see serious limitations. Andrew Rosenberg, MD, CIO at Michigan Medicine, acknowledged that some productive nuances of discussion just can’t be replicated via Zoom.

In-person conversation, Rosenberg says, is just “such a deeper experience.” He occasionally presents at conferences, and says the inability to gauge audience reaction can hinder learning and problem-solving.

“It’s essentially impossible via Zoom or Teams to spark that kind of fun and educational debate,” he said. “I’m looking forward to doing it in person.”

The drone of remote meetings, Rosenberg said, can lead to lethargy. Spontaneous collaboration and debate come from in-person interactions. While video conferences can be productive for teams, he does not want to default virtual meetings.

“I don’t want to somehow artificially keep people from joining and getting together, because not only do I miss it, i think that there are a lot of opportunities for mentoring, serendipity, and creativity,” he said. “Often, ‘Hey, we’re just going to go get a cup of coffee,’ changes the dynamic to think a little bit more expansively, especially around complex and difficult problems.” 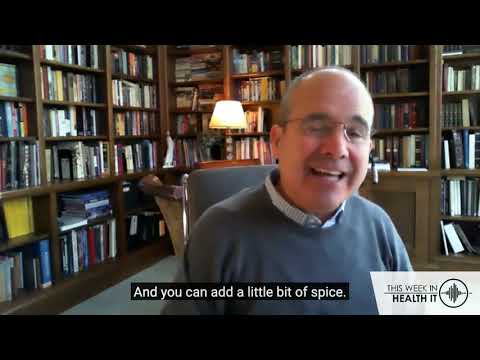 Does Remote Work in Healthcare Pose a Greater Risk?

Sue Schade, a Principal at StarBridge Advisors, has thought the problem is particularly pronounced in health IT. No matter what, frontline healthcare workers need to be in the trenches caring for patients. She believes that creates uneven communications between departments that need to collaborate closely.

“We’re part of the extended care team. We don’t touch the patients, but we provide the solutions and the systems for the people who do,” she said. “I think that, truly, something is lost when your IT people are remote and not having that interaction with your clinical and support staff.” 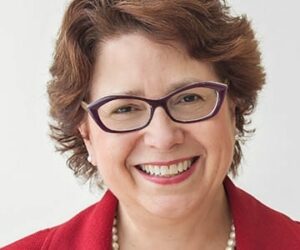 Is a Hybrid Model the Future of Remote Work in Healthcare?

Eli Tarlow, Director of Healthcare for Sirius Healthcare Solutions, agreed with other experts that finding a balance between remote and in-person work will be key for the future.

“There’s nothing in this world that I believe is good if taken to an extreme,” Tarlow said. “People talk about whether working from home is great or not, but I think it’s applicable in different areas.”

Tarlow conceded that, in the past, the expectation that all workers be on-site every day was an extreme of its own. For some positions and personalities, a permanent work-from-home arrangement may be completely logical.

But just as previous all-hands-on-deck arrangements may have been overkill, there is concern that the polar opposite could be harmful. He noted that the new arrangement may cause some employees to overwork to ensure that they are seen, while less-engaged employees run the risk of disappearing from view, leading to a potential lack of oversight.

“I do worry about the social aspect of what this has done to folks, and I think that as we’re planning [for the future] we’ve really got to figure out how we are keeping a pulse on potential burnout,” UNC’s Lamm added.

Given the continuously changing landscape with the COVID-19 pandemic, Rosenberg stated that he thought it would take a few years for systems to find their ideal approaches. Overall, health system leaders indicated that the future likely rests in hybrid systems. This way, workers would have more freedom to choose the best-suited environment for them. 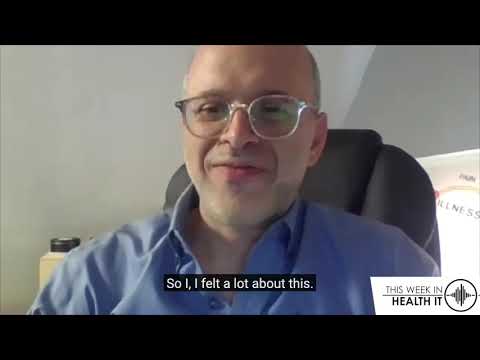 Director of Marketing and Executive Editor

Executive Editor and Director of Marketing for This Week in Health IT.