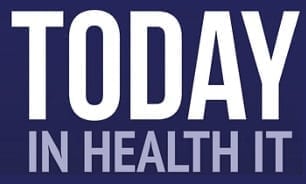 VMware is pervasive in healthcare, it’s time to check you servers if you haven’t already done so.

FTA
The security flaw, which VMware disclosed and patched on Tuesday, resides in the vCenter Server, a tool used for managing virtualization in large data centers. vCenter Server is used to administer VMware’s vSphere and ESXi host products, which by some rankings are the first and second most popular virtualization solutions on the market. Enlyft, a site that provides business intelligence, shows that more than 43,000 organizations use vSphere.

“Serious”
A VMware advisory said that vCenter machines using default configurations have a bug that, in many networks, allows for the execution of malicious code when the machines are reachable on a port that is exposed to the Internet. The vulnerability is tracked as CVE-2021-21985 and has a severity score of 9.8 out of 10.
—

Time to get to work.

Today in health. It, this story is VMware V center. Vulnerability has a severity rating of 9.8 out of 10. This is serious. My name is bill Russell. I’m a former CIO for a 16 hospital system and creator of this week in health. It a channel dedicated to keeping health it staff current. And engaged.

Our sponsor for today is me. I provide executive coaching for health leaders around technology, and it, if you want to learn more, check out health lyrics.com. All right. Today’s story comes from ARS Technica. Vulnerability and VM-ware product has severity rating of 9.8 out of 10. Remote code execution flaw in V center server poses, serious risk to data centers. And as you know, VMware.

And vSphere is pervasive around healthcare. Let me go on to the article data centers around the world, have a new concern to contend with a remote code vulnerability in a widely used VMware product, the security fall, which. VMware disclosed and patched on Tuesday, resides in the V center server, a tool used for managing virtualization in large data centers.

V-Center server is used to administer V M where’s vSphere and ESX. I host products. Which by some rankings are the first and second most popular virtualization solutions on the market and lift a site. That provides business intelligence shows that more than 43,000 organizations use vSphere. A VM-ware advisory said that V-Center machines using default configurations have a bug that in many networks allows for the execution of malicious code.

When the machines are reachable on a port that is exposed to the internet, the vulnerability is tracked as a CVE dash 2021 dash 2195.

And has a severity score of 9.8 out of 10. The vSphere client contains a remote code execution vulnerability due to a lack of input validation in the virtual sand health check plugin, which is enabled by default in V center server. Tuesdays advisory stated VMware has evaluated the severity of this issue to be in the critical severity range with a maximum CVSs V3 base score of 9.8.

A malicious actor with a network access to port four 43 may exploit this issue to execute commands with unrestricted privileges on the underlying operating system that hosts V center. Server. Independent researcher. Kevin Beaumont agreed. V center is a virtualization management software. He said in an interview, if you hack it,

You control the virtualization layer, which allows access before the OSTP layer. This is a serious vulnerability. So organizations should

patch or restrict access to the V center server to authorized administrators. Should in a service that catalog site services available on the internet shows that there are almost 5,600 public facing. V-Center machines.

Most of all of those reside in large data centers, potentially hosting terabytes of sensitive data showed in shows that the top users of V-Center servers exposed on the internet are Amazon had snare online. G M B H O V H, SAS and Google

cVE dash 2021 dash 21 nine eight five is the second V-Center vulnerability this year to carry a 9.8 rating within a day of VM-ware patching the vulnerability in February proof of concept exploits appeared. From at least six different sources. Does disclosure set off a frantic route of mass internet scans

as attackers and defenders alike search for vulnerable servers. V-Center versions 6.5 6.7 to 7.0 are all effected organizations with vulnerable machines should prioritize this patch. Those who can’t install immediately should follow Beaumont’s work around advice. VMware has more work around guidance here, and there’s a link to a place with the workaround guidance.

The, so what for this goes, without saying VMware is pervasive in healthcare. It’s time to get to work and patch the flaw. As quickly as possible. That’s all for today. If you know someone that might benefit from our channel, please forward them a note. They can subscribe on our website this week, health.com or wherever you listen to podcasts, apple, Google, overcast, Spotify, Stitcher.

You get the picture. We are everywhere. We want to thank our channel sponsors who are investing in our mission to develop the next generation of health leaders. Vmware hill-rom 📍 starbridge advisors mcafee and aruba networks thanks for listening that’s all for now 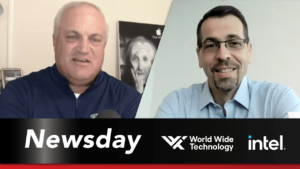 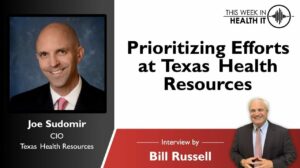 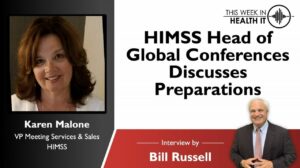 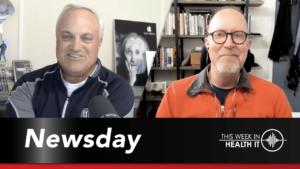